May-Ling Shen arrived in the Forbidden City as the newest concubine of petty official Yat Yang Ku of the Emperor Xianzong of Tang's court. He had a deep and very obvious fondness for his newest and youngest concubine. A few months after the May-Ling's arrival, Yat's senior wife had her poisoned.

After fleeing the Forbidden City, May-Ling was found by the Immortal Yau Chuan Chou but, after learning about what she was and The Game, she realized that he had neither the skills to protect her nor the ability to teach her the skills needed to survive. She sought out the greatest master of the martial arts in China, a mortal, and worked on him with dogged determination until he finally agreed to teach a woman. For the next thousand years, May-Ling had to constantly prove herself a warrior who happened to be a woman, not a "lady warrior" or a warrior who had subjugated her womanhood.

In 1276, Chinese warrior, Kiem Sun, of the Song Dynasty suffered his first death in battle against the Mongol hordes of Kublai Khan. May-Ling became his first teacher. Five hundred years later, he still regarded her as a master and sent his young friend Duncan MacLeod to learn from "Master Shen." He didn't mention that she was female. In 1774, Watcher Kahn Hsing was assigned to Watch May-Ling. Two years later, she settled in Outer Mongolia, telling villagers that she was a wealthy widow. It took her less than two months to become an integral part of village life. Her Watcher, Kahn Hsing, found great amusement in her repeatedly sending prospective students flying through the air to land in the dirt.

In 1780, Duncan MacLeod arrived in the village seeking the "great teacher Shen". Kahn Hsing took note of his arrival. Duncan MacLeod trained for months with Master Shen. Hsing feared his Western thinking would never allow the barbarian to become proficient in Eastern methods of fighting. In the winter of 1781, when she deemed him skilled enough to defeat her, May-Ling took Duncan MacLeod as a lover. They parted soon after as friends. In 1789, Kahn Hsing asked the tribunal to let him retire. The Tribunal purchased him a modest farm in his home village.

In the early 1990s, May-Ling Shen settled in Hong Kong under the guise of a professional diver. She had a lap pool added to her palatial home, and swam there daily when she was in residence.

Following the murder of his previous assignment, Darius, at the hands of renegade Watcher,James Horton in 1993, Ian Bancroft was re-assigned to Watch the stable and proficient May-Ling Shen. He hoped to retire and write his memoirs after his time with her.

Two years later, on February 8, 1995, while swimming in her pool, May-Ling was surprised by a young up-start Immortal named Michael Christian. He was not there to challenge her, but to murder her.  He refused to let her arm herself, and beheaded her. 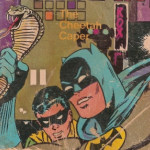