Dorn was an Immortal who appeared in the Highlander Audio Series episode The Promise.

He was a good man who killed many evil Immortals. Eventually, he took a Dark Quickening. Searching for Dilijan,known as the Pain Eater, proved a deadly mistake. Dilijan first took Dorn on as a student Game, but then used him for his revenge against the Four Horsemen, engineering Dorn's beheading and Quickening. Dorn then was compelled to fight Methos and lost his head. Dorn perished, and Methos took the manipulated Quickening. The Quickening, however, changed his entire character in the process, making Methos ultimately sick of death and violence. 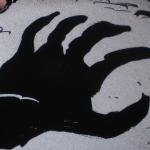