What's on your mind?

In this web vased flash series added as cannon by panzer-davis methos is present at ramirez first death and explains and instructs immortality upon him initially. It is only upon Methos request that he first travels to japan to learn mystics.

Uxbridge, is there a way to DM you? I want to share something!

My company acquires estates and one of the estates we acquired included a massive Highlander TCG collection, including sealed unopened card boxes and packs. For serious inquiries please contact info@heartwoodbooks.com

A video by Scottish Author and Youtuber Will "The Critical Drinker" Jordan - who's most notable for writing the Ryan Drake action-thriller series (the first book of which was due to receive an adaptation before the pandemic hit).

In this video, Will Jordan goes over the original Highlander movie - talking about what he likes about the movie as well as to why he thinks it doesn't need a remake, following news that a remake in in the works with Henry Cavill (Man of Steel, Justice League, The Witcher) in the main role.

Hope you like what you see, regardless of whether you agree or disagree with Will's point of view.

On a side note, I'd recommend you set the video speed to 1.25x as Will's slurry Scottish accent might otherwise grate on your nerves: 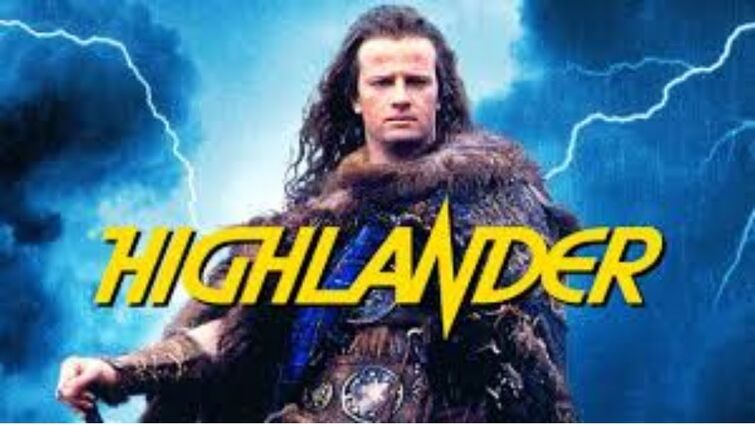 Any explanations to why/how immortals could just pull a sword from their back in the series? or was that just tacky 90's film making? haha i kind of just ignore it when im watching but if there is a reason pls share.. :)

Something crossed my mind a while ago, what if the Unidentified Immortal in Kurgan Origins is that of the Immortal Gilgamesh? It just makes sense to me given the time and place of the characters Death.

So, we know that Methos is a survivor through and through. One thing that still comes to mind with this episode is how do we know that The Messenger wasn't the real Methos? How do we know that Ol' Adam wasn't parading around as Methos himself all that time just for the fun of it. After all, it was a good way to get in with Duncan, and what dyed in the wool survivor wouldn't want to buddy up with one of the strongest Immortals walking?

Well, the documentation is overwhelmingly in favor of Adam Pierson being Methos. His journal, Watcher records misfiled under fairy tales, and a two-parter full of flashbacks confirming his name was Methos during the Bronze Age. The better question is, who the hell was the Messenger really, and why did he take on the name of an Immortal everyone would love to chop down?

Hey guys, in the wiki entry it says that in the episode "Free Fall", where Joan Jett plays an immortal out to kill Duncan, it is written that Duncan calls his finishing move "empasse di soto". I misheard it that way as well. But I believe what he actually said was "passata sotto" (passed below) or "passata di sotto" (passed under). Observe:

It was announced yesterday that Stan Kirsch, who played Richie Ryan, has passed away.

Details are thin, but unnecessary, the point is, one of the Highlander family had left us, and we are the poorer for it.

We offer this community's sincere condolences to his friends and family during this difficult time.

If Jacob Kell is Connor's clansman, then he's also from the clan of MacLeod. Why then is his name Kell and not MacLeod?

What are the major contradictions which need to be explained if wanting to view things like the films, the TV, Animated Series or Search for Vengeance as a single timeline? I'd like to know if we can think up ways to explain it where it would all work out.

The only thing I've come across is the idea that Connor is the ONLY immortal in films 1-3 whereas in "The Source" and "Animated Series" there are clearly still others.

Couldn't this simply be a mistake because he didn't know about any others?

This theory suggests that the rules were misunderstood. Like, if there was only 1 toy left for Christmas, sure you could fight for it but there's no need to... seriously.

Wonder if Highlander will ever be rebooted for both movie & TV series.

If they reboot Duncan MacLeod's story later, here's how I picture it - Star Wars & Devilman style.

- A young mortal taken in by MacLeod

- Later becomes an immortal and someone Duncan loves dies.

- A few women the young immortal fell in love with are lost to him. One running from the law, one who he knew since childhood was forced to throw her out of his life, when realizing he couldn't protect her and her child.

- This causes him to waver from the pressures of being in The Game. A mysterious immortal offers him to be taken under his wing. He offers to help him with a woman who'll he'll have for the rest of his life and a child who he can pass on his legacy to him.

- This immortal however is evil and dangerous as the devil himself. He is one of the Four Horsemen, and he offers him a place as one of the newer Horsemen.

- Their goal is to end The Gathering, so that they be free to rule the world as they please. During some event, they successfully expose their race to the world causing panic and crisis. Prejudice and resentment, etc.

- Immortals are being hunted down and Duncan tries to stop his young apprentice from the madness he unleashed.

- Duncan wants to save him, but the young Immortal whose been filled with hatred from all the experience, he'd rather see them all dead and be the only one standing. But an accident causes him to fall and be burned alive.

- The evil Horseman saves him and restores him.

- The woman the young immortal fell in love with had a child. She gave birth to it before she died. It happened when she tries to beg him to stop the evil he unknowingly unleashed, but wouldn't listen as he feels paranoid that she betrayed him for MacLeod.

- Duncan sends the child to an orphanage where he can be adopted into a happy family and that he'd watch over him.

- The young child grows up but suddenly becomes immortal and Duncan trains him but wouldn't tell him of his parents' deaths until later.

- The young child's mission is not only to save his father but also end the war between mortals and immortals.

What do you think?

On Coltec's page, it lists him as being from present day Mississippi, as part of the Cahokia tribe.  The episode he appears in originally (Something Wicked) states he's from Cahokia, not that he's just part of the tribe.  This would apply he's from the native American city of Cahokia, which was located in current Illinois, just northeast of St. Louis.

Is there a reason why the Wiki lists him as being from elsewhere?

With the Highlander WorldWide convention fast coming, October 20-22, 2017, in Los Angeles, I am attending! The money, the money. I will live through this, with joy. Adrian, Elizabeth, Stan, Peter, F Braun McAsh, Anthony De Longis, James Horan, Gillian, and MORE, and I'm just gibbering with excitement!

Recently there has been a question about what should be included in the list of rules Immortals adhere to. It has long been accepted that the list consisted of both hard and fast rules such as no fighting on holy ground, and slightly (and only slightly) more flexible guidelines about not making your fights public. There is a little leeway on that one, since Immortals do sometimes let mortals into their lives.

No Immortal can fight on Holy Ground, no matter who regards it as Holy Immortal

Combat is one on one — no outside interference, no two on one

Mortals must not learn about Immortals — if you're killed, you move on/don't make a spectacle of yourself

No Immortal can have natural children

In the end, there can be only one — the last one will receive all the power of all the Immortals who ever lived

The rule in contention is to keep one's fights secret, which is the logical offshoot of not letting mortals learn of the existence of Immortals. The contributor who claims this does not apply, seems only to base his view on the original movie and nothing else. In the original movie, there is no backstory, no other immortals to worry about, if the Kurgan gets spotted, well, he's pretty sure he will be ruling the world pretty soon, so he doesn't much care. In the series, however, it's pointed out on several occasions that letting mortals in on the Immortal secret would be a bad thing. The episodes, Finale and Black Tower spring to mind. The implication has always been that Immortals keep it to themselves, and that means fights will not be staged as a cage match for all to see.

If you have something you'd like to add, please do. Would like to see a general consensus on what the rules should be before a final ruling as to the list included in the article.

In my considered opinion, there isn't much point making links for every tiny thing or every extremely minor character in an article if they don't actually connect to anything.  If you aren't willing to take the time to create the page, I see no reason to make an orphan link that some one else than has to deal with.  All for being a comprehensive resource, but dead links do nothing for us.  If you have a counter argument, feel free, but I see this wiki as a slow and steady place, everything will get done in its own time, and there is no real need to go dropping red flags everywhere.

Don Salzar, the watcher who was killed by Kalas, and was Methos's mentor, I'm not able to help but to wonder if he knew that Methos was "the Methos?" I would almost think so, because they shared a lot, and as he was dying, when Duncan found him, he was trying to write Methos's name in blood. Maybe Methos made him promise not to say anything to the other watchers.

I liked the episode, of "Eye for an Eye," a lot. Sheena Easton was AMAZING in the role. Duncan and her's love scene on the docks was SEXY!!!!! :):) :) I think Annie's hate and anger was actually a cover, for the pain of immortality, and all the losses. I also think Duncan really did care for her, and and wanted to help her, but I don't know if she really wanted to listen. I actually think Duncan and and her, had  more chemistry then him and Anne did. Anne was nice, and I think he did love her, but not like he loved Tessa or Amanda.